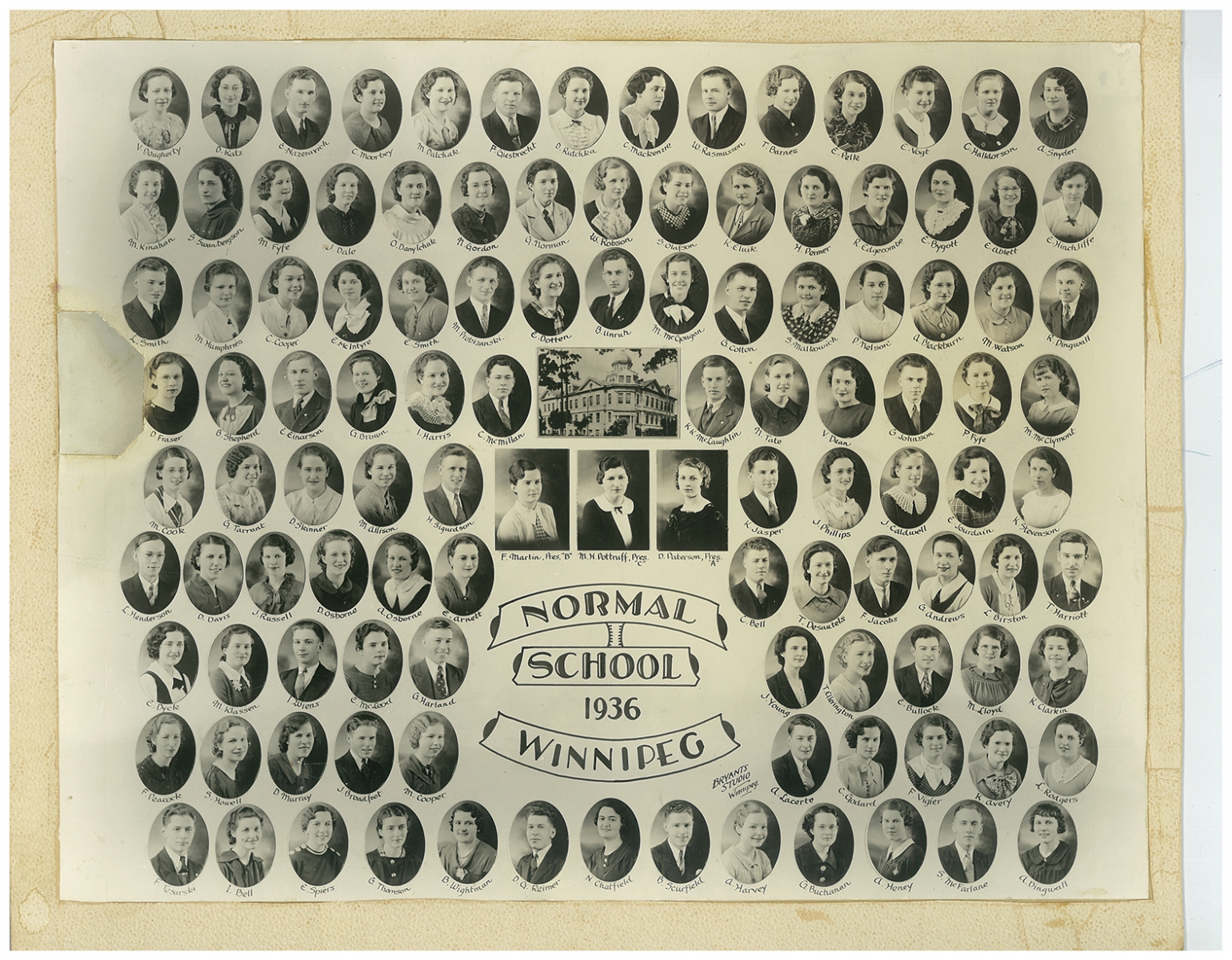 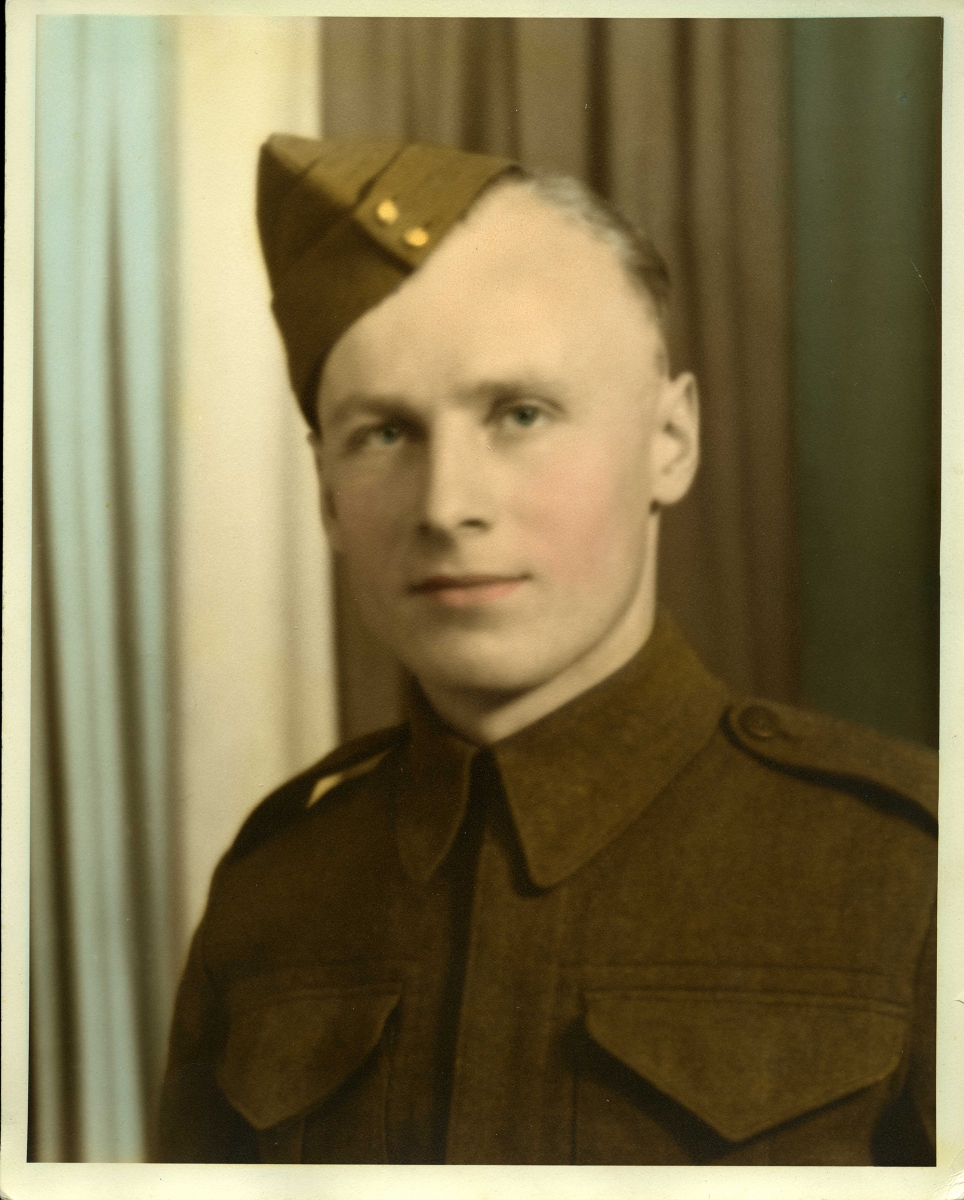 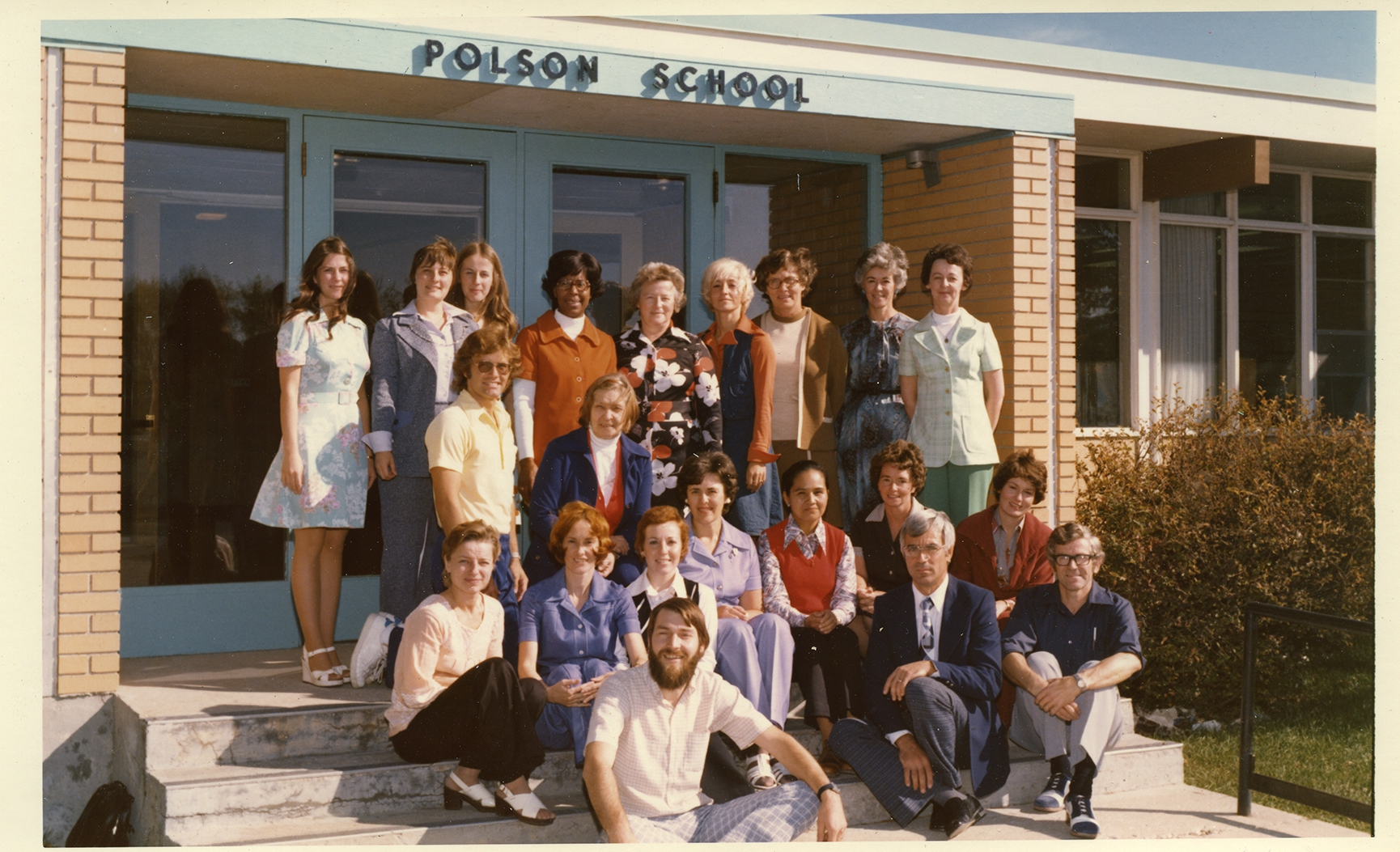 View Thumbnails
The Manitoba Teachers’ Society officially turned 100 Years on April 22, 2019 and while this significant milestone was cause for celebration, it was only part of the impetus in establishing a formal archive. Over the years some of the Society’s historical materials had been destroyed by flood and there was no wish to have that kind of history repeat itself. Thankfully, due to a previous donation by the MTS to the Provincial Archives of Manitoba the earliest original records from the Manitoba Teachers’ Federation are safe there.

The focus of the archives is first and foremost, the history and administration of The Manitoba Teachers’ Society. Of secondary interest are records from a Manitoba teacher closely related to their career and relationship with the MTS and finally other documents and artifacts related to school days in Manitoba.

The archival assistant on staff with the society carries on the work of processing documents on-site at the MTS in addition to providing assistance to our public records.

Would be researchers should note that records of an individual’s teaching history are not found here as those would rest with their employer, the school or division. Further details may be found with the Manitoba Department of Education but in either of those circumstances, information may be protected under privacy legislation.

The MTS archives consist of over 100 series and sub-series of meeting minutes, reports, government briefs, publications, correspondence and audio-visual recordings made up of thousands of individual files. There are over 2,000 individual photographs alone. A few local associations have brought early meeting minutes and related documents for safekeeping to the MTS archives which is particularly relevant in the light of possible future amalgamations.

Finally, ten fonds have been established so far from donations outside the MTS. These legacy collections consist mainly of personal items from the careers of ‘ordinary’ teachers, from photos of their studies at Normal School to their last teaching day. Some came directly from a retired teacher while others were gifted after the passing of a family member.

If you are not sure what may or may not make a worthwhile donation, just give us a call.  We will assist you in making sure every item for donation is appropriate for the collection and properly attributed to you. Although the donation becomes the property of the MTS Archives, the origins of the items and the details of the donation form part of their record. That and knowing their donation will be treated with respect is very important to those who took great pains to keep those items for generations to come. It may make the decision to donate them a little easier.  A high-quality digital record of photographs and documents can be provided at no cost to the donor.

The anniversary decidedly focused on the trials and victories of the society, but there is no better way  to have the voices of the past resonate with teachers and the public today than through the lives of our members.

Donations to the MTS Archives include:

James Irving Bateman Fonds : Collection includes 7 small black and white photographs from Bateman’s first teaching post in Round lake , a colour photo of the Fleming school staff of 1958 and various documents including letters to and from the Brandon School Board.

Philip P.Giesbrecht Fonds: Collection includes mainly documents from teaching in Rhineland School division and teaching contracts with the Blumenfeld district from 1936 to 1939. Some letters pertain to MTS activities and letter of condolences to his wife at his passing from the General Secretary in 1949. Only 3 photographs.

Dorothy Murray Fonds: Collection includes Newspaper obituary and a composite photograph of the graduating class of Winnipeg Normal School 1936 with the names of students written on the back. The photograph is mounted on a semi-rigid backing.

Leo Joseph Blanchette Fonds: Collection includes mainly documents from Manitoba Teachers’ College and certificates issued from the Dept of Education, University of Manitoba transcripts as well as yearbooks from both Monroe and Oak Park High Schools. Annuaires of Collège Mathieu and Blanchette’s youth make up the second largest portion of documents.

Marjorie Ruth & Robert Alexander – Laurie Fonds : Collection includes photographs and documents from two generations of teachers in the Laurie family. The career of Robert Alexander Laurie (1899 – 1953) would have included positions in Pilot Mound and Starbuck, and later Glenlawn Collegiate. His eldest daughter, Marjorie Ruth Laurie (1934 – 2011) taught in the communities of Morden and Carmen early in the 1950’s then at Princess Margaret, Sherwood and Polson schools.

Valdimar (Walter) Larusson Fonds: Collection includes 82 sepia-tone and black & white photographs from his teaching career at Sherridon School in the early 1930’s . A few photos also include his colleague, Miss Sorensen – no first name is noted.

Phyllis Fisher Fonds: Collection includes of a scrapbook with notes on pedagogical methods and lesson plans for various subjects maintained by Phyllis Fisher during her studies at Brandon Normal School and during her teaching career.  Also included are clippings from newspapers and books about current events, literature and other educational topics.

Click here for the MTS Archives brochure which explains our donations process.