History of The Manitoba Teacher Magazine 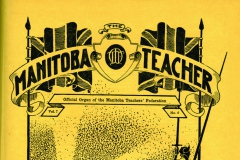 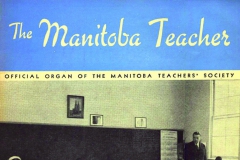 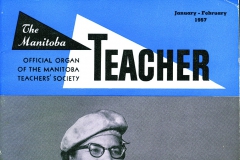 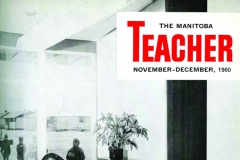 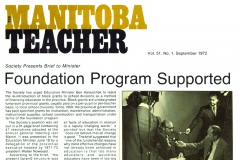 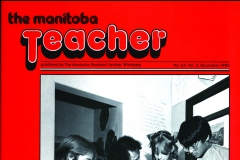 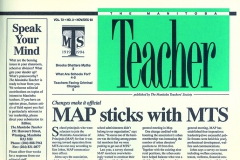 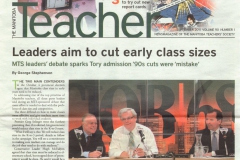 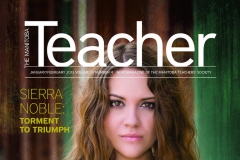 When the founders of MTS got together almost 100 years ago, they looked at ways to bring members of the union together and to keep them informed. One of their first decisions was to launch a magazine called The Bulletin.

The magazine, shortly after renamed The Manitoba Teacher, has become one of the oldest publications in Manitoba and a regular arrival for generations of teachers.

In May of 1919, 700 copies of the first issue of The Bulletin were printed. This issue of The Teacher will be delivered to 16,500 teachers, government officials, other education partners and subscribers. More than a thousand others will access it online.

MTS has produced a number of publications over the years, but The Teacher is the only one that has withstood the impact of wars and politics and funding crises. Except for a brief suspension because of a lack of funds during the Depression, it has consistently published for almost a century.

MTS President Norm Gould says The Teacher has brought members together over the years.

“In such a geographically and culturally diverse province as Manitoba one of the first priorities is to create a means by which to communicate with the membership,” he says. “The sharing of provincial stories allows the membership to be participatory in the activities of the Society; and through these stories there is a sense of solidarity and shared experiences.

That first effort was eight pages, more in the form of a newsletter than a magazine, but did immediately focus on issues facing teachers, some of which would re-emerge time and again right up to this year.

One article called for such once-radical changes as minimum salaries for all classes of teachers. This wouldn’t fully come to pass for another four decades.

It also called for an overhaul of the entire school system to be undertaken with the help of teachers. Next year the Manitoba government expects to complete a comprehensive review of the public school system, a review that MTS says must be done with extensive consultation with teachers.

While some concerns from the distant past have never been fully resolved or keep coming around again, the magazine has undergone numerous changes.

At times it has been published twice a month, to once a month to 10 times a year to seven times a year. It has been a small handout, to a large square magazine to a tabloid-sized newspaper to the current magazine style it is today.

One of the greatest changes to the magazine was undertaken within its first few years. In 1923 it got its first cover and asked members for suggestions as to what the publication should be named. The following year it was renamed The Manitoba Teacher, with a larger magazine-style format.

It promised to focus on the Manitoba Teachers’ Federation, which MTS was called at the time. The president, C. W. Laidlaw, outlined the goal in the somewhat florid style of the day.

“Especially do we want the Bulletin to bring home to you a vivid impression of the many activities of the Federation. It should tell you of the mass of business transacted in heavy, all-day meetings of the Executive.

“It should give some account of the goings to and fro in the land, when representatives of the Federation meet with locals or investigate trouble that cannot be healed by the method of correspondence, but demands personal interposition to compose the strained relationship.”

As well as the goings to and fro in the land, The Teacher through the years has focused on a host of issues facing public schools and teachers. Articles called for a national effort to wipe out illiteracy (1919), an emphasis on the importance of reading (1927), the dangers of increased nationalism (1933).

In recent years, The Teacher has carried numerous stories on Indigenous education and other contemporary issues such as concussions in school sports, human trafficking, terrorism and student tours and robotics in the classroom.

In recent years, too, The Teacher has faced the question of its future as a print magazine in a digital world.

After a couple of failed attempts by some members to discontinue The Teacher, a committee was struck to do a comprehensive review of the magazine.

That resulted in creation of an app for members who wanted to access The Magazine on tablet devices, which at that time our polling showed about 40 per cent of our members owned. At that time, as well, The Teacher was redesigned as a regular magazine rather than a tabloid-sized newspaper.

The new format appealed to members, the app did not. Only a handful of members accessed the app and that experiment was discontinued after two years in 2017. On the other hand, members appeared to like the new format and content. Since then only a few delegates to Annual General Meetings have supported resolutions to discontinue the print version.

The digital revolution and growth of The Teacher has, however, had an impact on many print publications put out over the years by The Society.

Through the years The Society has published various newsletters along with The Teacher, but as the magazine grew in size and content, they were discontinued. The Society regularly created posters for events such as workshops and sent them to schools. Now those posters are carried as full-page ads in The Teacher.

The most noticeable change was discontinuation of the MTS handbook, published for many years, that was given to members in September.

The handbook carried information about the Society such as who to contact in case of emergencies and other assorted information. With the development of the MTS website, that information in print form was no longer deemed necessary.

It now is home to thousands of pages and is visited by more than 140,000 people a year.

Still, The Teacher in print continues to hold its unique place for members.