The Quest for Status 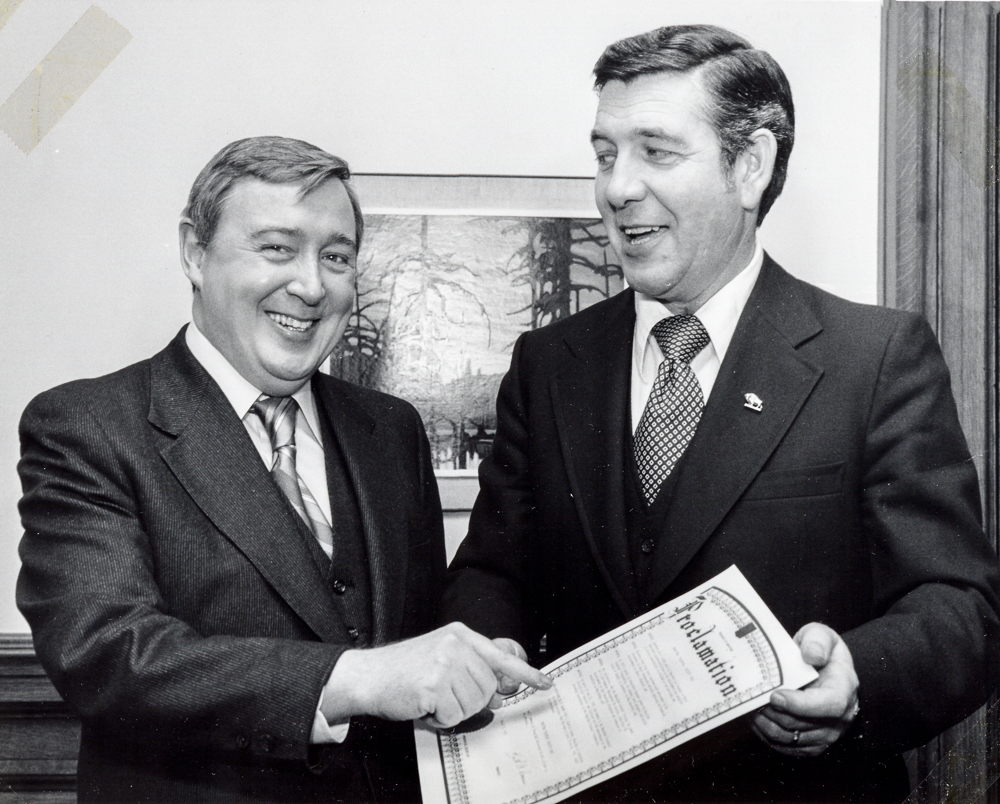 Few topics in the history of The MTS are as vital to understanding the evolution of the organization as the quest for recognition of professional status for teachers.

It was a pursuit that burned with a passion but got colder and colder through the decades, to a point the flame flickered and died as it became clear that the vision of teachers was not the same as successive governments.

The recognition as opposed to establishment of professional status is an important distinction. Despite low pay, the majority of teachers had, from the very start, considered themselves to be part of a vital and esteemed profession.

While some teachers feared they would lose credibility in asking for higher pay, it wasn’t lost on the founders of the Manitoba Teachers’ Federation that although the general public, school boards and politicians often spoke of the dedication and nobility of teaching, real respect evaporated with the harsh realities of economics. They were convinced that an equal balance of higher standards and higher pay was needed for progress.

What teachers sought from government was to stop the lip service and accord them not only a living wage, but the power to influence decisions affecting public education on the whole. The MTF envisioned a professional body modeled on the same principles governing the medical and legal professions, but somehow teaching wouldn’t fit the mold.

In addressing the AGM of 1924, the visiting general secretary of the British Columbia Teachers’ Federation said:

“We have in our system many teachers whose academic qualifications and length of university training exceed the requirements for either law or medicine, but on the other hand we have a large number who fall very far short in comparison, and the general public conception is based on the larger number. … A further complication, which is often overlooked, lies in the fact that, whereas members of most other professions set up as individual practitioners, teachers are almost all employed by various educational bodies, and, what is of vital importance, by public bodies, who pay teachers’ salaries from public funds.

“These factors make it impossible to take … any other profession as the model upon which to build, when we are considering teaching as a profession. It would seem to be the wiser course to adapt the essential features which determine a profession, to the peculiar circumstances and needs of teaching.”

The MTF had already identified some of these key points and started work on many, including the first incarnations of a code of ethics, pursuing a seat at the table in matters of education policy, and establishing sub-committees to raise the standards required for both entrance to normal school and graduation from a more robust program of study and beyond.

Progress was coming but the depression made it difficult for leaders to focus on much else than helping members keep body and soul together. Twice in the late ‘30s the Legislative Committee met with defeat in presenting professional bills. They tried again in 1940 with The Teacher Profession Act and were defeated yet again.

In 1942, some progress was made as outlined in a report of the MTS Legislative Committee.

“The passing of the The Manitoba Teachers‘ Society Act set forth and assented to March 31st, 1942, marked a turning point in the affairs of Manitoba teachers. It marks the culmination of years of patient struggle for professional status; it now brings teachers in line with other recognized professional groups. True, the present Act does not embody all that we had envisioned but even its severest critics will admit that its passing marks a distinct achievement.”

The biggest shortfall of the Act, as they were to see over the next three decades, lay in the power of certification by the Department of Education and Minister of Education who ultimately decided who could teach in Manitoba.

Allowing hundreds of permit teachers into schools during the Second World War, when much of the work force was diverted to the war effort, didn’t seem unreasonable. But the practice continued throughout the 1960’s, even after the Faculty of Education was established at the University of Manitoba and the era of Normal Schools came to an end.

The “emergency” 12-week summer course instituted by the Department of Education in 1957 was finally discontinued in 1971. The push-back on para-professionals would continue even longer.

The extent to which executive discussions focused on the need to pursue a professional bill in the part of the 1960s are unclear for lack of records pointing to a proposal to government. Certainly no bills were introduced to that affect. In the book Chalk, Sweat and Cheers J. W. Chafe noted in reference to The Society’s increased focus on curriculum and professional development opportunities:

“ … Nor can we wait to embark on the program until we win professional status … there is not the remotest chance of securing it at this time – that is, by legislative means. But we can achieve it by doing those things which are the essence of professionalism, and to such a degree that the public may decide to assist us further in our work by legislative enactment.”

Fast forward to the 1970s and the Society, along with other labour organizations, found itself fighting wage and price controls. The public support hoped for in earlier days was as divided as ever. Even among members, some found it difficult to reconcile their ideals of professionalism with the Society’s fundamental role as a union. If anything, the debate over whether the Society should attempt to regain the right to strike and dealing with declining enrollments were more than enough of a distraction from pursuing a professional bill.

It wasn’t until 1989 that the provincial executive named a task force to re-visit the topic.

The 1992 annual brief to the Minister of Education reiterated: “As indicated in 1991, increased responsibility is not synonymous with empowerment. The Society advocates policies which delegate to teachers the right to make decisions affecting the delivery of their service as well as establishing some control over their professional lives.

“The complexity of today’s classroom with the number of individual students requiring support from other agencies has resulted in outside professionals giving not support and assistance to teachers but rather additional persons telling them what they must do. Parallel to the requirement to re-establish teacher classroom autonomy and professional decision-making is the Society’s continuing effort to have enacted its proposed Professional Bill.”

Unfortunately, the only bills in the ‘90s that kept making headlines in The Manitoba Teacher were Bill 22 and later, Bill 72. As in the past, draconian cuts to education and other social services required resources to be redirected elsewhere, but the Society was no about to let it go altogether. Quite the opposite. By this time, there was no doubt as to the nature of the biggest issue between the Society and the Minister of Education. It wasn’t about qualifications. Not ethics. Not even professional development. It was a power struggle pure and simple and soundly reflected in the shift in language.

The 1997 brief to Premier Gary Filmon and Education Minister Linda McIntosh, included a proposal for Professional Self-Goverance which would result in the formation of an arms-length entity, a College of Teachers of sorts. However, the MTS proposal was markedly different from other provinces such as BC and Ontario where similar entities were government led and government controlled. Ours would be teacher-led, funded and affiliated with the MTS, but the majority of board members would also be teachers.

Despite previous comments by the Manitoba government that they were more than open to considering a professional bill, this proposal was completely ignored.

In January 1999, with repeated attacks on funding and unilateral declarations of teacher certification, the Society drew attention to the languishing professional/ self-governance proposal two years previous. Their reaction was the same deafening silence.

The last 20 years or so have proven that, given the opportunity, government will disregard and even usurp teachers’ professional bodies in other provinces. It is no wonder that The MTS, having witnessed those tactics, came to realize that the pursuit of professional “status” means something much different now than it did in the beginning. The paradox is that, from the beginning, teachers have always known they were part of a vital and esteemed profession.